A River of Scorpions and the Death of the West 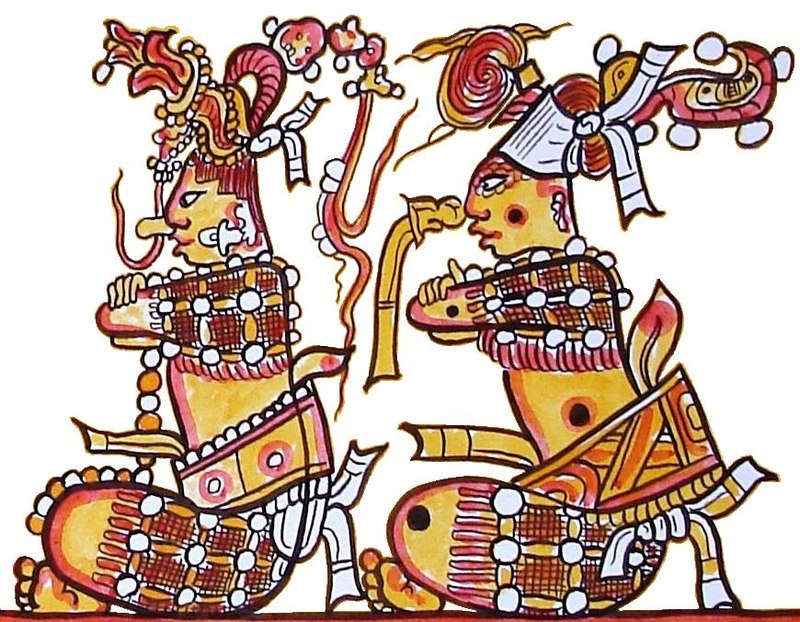 Trying to understand death, as La Rochefoucauld said, is a lot like looking at the sun.

Trying to understand the death of a whole civilization, by contrast, must be like looking at a thousand suns.

Even more than this, it may not be possible to truly appraise the life of a civilization – like the life of a person – until it has ended. Too many changes take place in the course of a single life to say whether one person – or one society – is blessed or not.

A sudden turn of events could take it all away near the end of life, or bless that life to the end.

To try to understand the end, say, of the Roman civilization, or the Mayan, is one thing. But to contemplate the possible collapse of our own modern world? How can one even begin to think about it?

An old Taoist story says something similar to Solon about the twisting and turning ways of fortune. “We’ll see,” says the farmer in the Chinese tale, no matter whether good or ill befell.  For “the days to come will be the wisest witnesses,” agrees an ancient Greek poet, as if in chorus with the Chinese tale.

Contemplating the Collapse of Civilizations

The study of the fall of empire among the modern writers led to one of the more important liberal institutions we have intact even today, despite the many troubles we have faced: the tradition of elected representatives and the separation of powers.

Vital questions concerning the balance between political stability and political vitality, as well as questions about how to avoid the corruption of liberty in a republic, were foremost on Machiavelli’s mind. His insights could help us in our time, because what we’re up against most of all are not just problems of time and place, but comprehending the fundamental problems inherent in the very nature of our human political existence.

To help contemplate the collapse of civilizations, we can cast our net wide, if we are searching for the fundamental problems. We are able to turn from Machiavelli’s Discourses on Livy, to stories around the world, like the Mayan Popol Vuh.

Swan Songs and the Popol Vuh

Now it is said a Swan sings right before it dies, and this is the only time it sings. Plato’s Socrates alludes to this remarkable fact about the creature in the dialogue called the Phaedo, the conversation that takes place hours before Socrates’ own death.

Another society that collapsed and died – the Mayan – offered a Swan Song of its own in the work we have handed down to us known as the Popol Vuh, and it is one that is worth relating.

As far as we know, the Popol Vuh was created at the fall of Mayan world. It is as if the creators put as much medicine in the story as they could, before their lifeway disappeared, before they retreated to the Other World.

In the story of the Popol Vuh, the Hero Twins descend into the underworld, and first they must cross three rivers.

The first river runs with blood, and is the river of war.

The third river, runs with pus, and is the river of disease.

But the second river, the middle river, runs with scorpions.

You heard me right. Scorpions.

Something about that backward stretching sting. And a river of scorpions is a lot of stings, too many.

Why scorpions? A river crawling with thousands upon thousands of scorpions is the river of betrayal – of others, but also of what is most ones own.

How to Collapse Well

Are there times when this is the only question worth asking?

Betrayal and the House of Undoing

What strikes us about this story is not only the many fearful things the Hero Twins encounter, but the comprehensiveness of the horrors.

Popul Vuh is not unlike Dante’s Inferno: both stories seem to leave nothing out.  We have the sense that we’re given almost a complete account of all the terrors inherent in human existence – terrors which might emerge most poignantly in the collapse of any society or civilization.

The middle river is the important one. Betrayal is the heart of Dante’s Inferno too. Judas lives at the very center, along with Brutus and Satan himself.

What is betrayal? The worst kind of betrayal, the story seems to relate, is the betrayal of ones own principles, ones deepest avowals and commitments grounded in reality, which is to say, a betrayal of ones own, ones true being. For Dante – and I think this is an insight that the storyteller of the Popol Vuh would agree – true Hell is the House of Self-Undoing. Betrayal is a coming part in oneself, an unravelling, of ones own being – undermining ones capacity to live a whole and sound life in pursuit of happiness.

According to the Popol Vuh, not only the River of Blood, and the disgusting River of Pus, but the River of Scorpions is one we must cross in our times. We should expect to deal directly, and unpleasantly, with self-betrayal on a level that is unimaginable.

Is the West dying?

Is the West not collapsing like the Roman Empire, like the Mayan civilization? Isn’t the West on its way out? After all, it’s the talk of the town. Thousands of articles and books are written on the subject.

By no means – by no means – is it clear, or perfectly self-evident, that the West is collapsing. On the other hand, it’s not clear that it is not collapsing either. Compelling facts and indications could be used in support of either position. But the point is that they’re arguments to make. If you don’t want to listen to arguments, toss a coin, or pick a side. Blindfold yourself and throw a dart. There will be no shortage of facts to support whatever you end up with. That way you can sleep at night.

But one thing is certain: growing numbers of individuals in the West find themselves feeling betrayed in many ways by the modern West. They find themselves full of loathing and even hatred for the West – which is to say, they are overcome with a kind of self-loathing.

So many feel that it is perfectly self-evident (even though it is not) that the West is collapsing, and that this could even be a good thing.

Where Western self-loathing comes from

Near the beginning of his Swan Song in the Phaedo, Socrates offers a diagnosis of misology, or the hatred of reason.

This diagnosis, I contend, can help us understand the roots of our own discontent.

The problem is not trust, but the way trust is held. The hatred of reason and of mankind begins in boundless trust. Boundless, because trust is detached from the constraints of experience.

What experience shows us about the course of reason is that it is unstable. After all, don’t our disputes about the greatest questions seem never-ending? But experience also shows the opposite. Our ability to think things through, to question in a thoroughgoing way, does not end up nowhere and with nothing. We actually do gain in knowledge, even if it is won through slow and painstaking labor.

That task, then, is to find some way to hold the opposition (between the instability and unreliability of speech and reason, and its capacity to lead to knowledge).

The person who had harbored an unbridled optimism for reason and speech cannot hold this tension. They become easily crushed by the experience of reason’s instability and relativity, and swing to the opposite position in reaction, feeling that there will never be definitive answers to any big questions, period. End of story.

The same process seems to happen with a boundless love of humankind. (How many students begin medical school harboring a great, boundless, love of humanity, only to be shocked by ‘real’ humanity when they enter into their first serious ER duties?)

Following this line of thinking, have reports about the death of the West been greatly exaggerated? One could wonder how much of our feeling about the death of the West, especially our feeling of betrayal, is simply rooted in unwarranted boundless optimism about modernity’s salvific powers. Naturally, experience shows us a different picture. Secular salvation – the amelioration of man’s estate – is apparently much harder than we thought. It is not surprising to see a certain melancholy or depression set in.

Difficult is not impossible.

Why? The fate of our civilization seems wholly bound up in the fate of reason.

Get off the swinging pendulum

To make this discovery about the genuine good of reason would be to get off the wild swinging, as it were, that takes us back and forth between boundless terror of and hatred for the West, on the one hand, and boundless hope and optimism on the other. It would also save us from that form of quiet disgust that doesn’t even care to look at these issues, and just wants to be left alone.

After all, we have at least one thing to hope for: that we might see with greater clarity than ever this thing we call the West, or Western civilization, this thing we love to hate.

One of the great difficulties in any discussion about the collapse of the West is that it has become more and more difficult than ever to even get agreement on the basic facts. Is this itself a sign of the times?

I’m not sure we even know enough say this.

If we can’t even agree on the basic facts, there’s not much hope that our discussion will go anywhere beyond the dreary and endless spinning wheel of praise and blame.

One of the fruitful things about our practice of conversational reading is that the book or text serves as our common point of reference from which we address questions. The text gives us powerful common ground.

This of course doesn’t solve all problems.

It’s hard to come to old books generously, with a desire to appreciate rather than to tear down and dismiss. But we can learn to discover our own generosity of mind in this practice. And the practice of conversational reading can get us closer than any other way to a kind a discourse in which two or more people think together in the spirit of serious inquiry and Harmonia, rather than the spirit of discord and Eris, the dread goddess of Combat.

Then we will have crossed at least one of the Rivers. But the River of Scorpions? That remains to be seen.